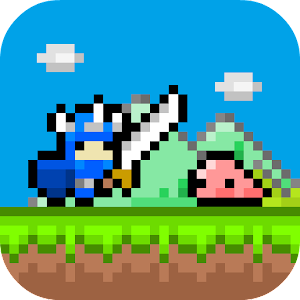 Don't bother. I tried three of the combos for treasure farming and one for treasure and pet farming. They completely ended me collecting any treasure. Huge disappointment after playing long enough to buy and collect the pets weapons and armor "needed" to treasure farm.


BEST OF THE BEST how did you make this game so good at first I didn't like it Buy now I under stand and the pets are so oooooooooooooo cool But there kind of rare Sooo that makes it Better.

Perfect IMO The only thing I would change is turn Ice to Grass and change Earth to more of an Earth-y element. Other than that, this is perfect! Point allocation allows players to customize their character to their playing style.

Not Too Shabby I really liked MinFrontier, so I decided to give it's predecessor a go. It's alright. Feels more like an actual RPG than MinFrontier, but a tad bit less engaging.

Great No ads, and cool idea and gameplay if you're okay with lots of menu navigation

It's ok It's kind of hard to conrol

Fun. Is there an ad free version I can buy?

Wow I agree one of the best regards I've ever played

Insanely Addictive The Side scrolling RPG sense is amazing!!!

Great game overall This game is a lot more fun than I thought it was going to be. The more you play the better it gets. However there is a draw back. The "pay up" button in the castle is a tap only button. It's not a hold down or a collect all at once. It should be changed so you're not tapping for a few minutes straight. Then again maybe the devs wanted it to be like this since the rest of the game is tap and hold. Either way great game to play.

34+ hours and still fun I have over 34 hours played of this game between two characters and still enjoy this game. Minute quest is very addictive as well as easy to play, most of the time when I play I don't look at the screen and just let my character roam forward. I can't seem to bring myself to delete this game as I've had it for over 4 months, very good game.

Addictive Whenever I find time where I'm doing nothing I find myself playing minutequest shortly after. I've played for over 12 hours total so far and I keep going back. The skill system is very interesting and toying around with the builds is a lot of fun. Best of all I'm not being spammed to buy things, I love it.

Good game but... I accidentally clicked on an ad at the bottom of the game and it took me to a scam website that said there was a virus on my phone. Not sure if I'll keep playing since I wouldn't want that to happen again. It was fun while it lasted. I reached level 1200+ and was gonna see how high I could go.

Awesome Game's not perfect, but really great. I really wish more of the stats and under the hood formulas were shown so you could plan builds a lot better. Also if you're not going to make some way to reset skill points then there needs to be way more than only 5 saves. The only 5 games are really stifling me, a lot more than 5 possible builds

It's fun, but has problems The game is fun and highly additive. My biggest complaint is the payout from the king after you due. You have to keep pressing the payout button to get your money and this can take forever due to it giving you a little at a time. Make one button press gives you everything! I've sat pressing the button for at least a full minute or more just to get all of my money and that's crazy!

Awesome game but.... PLEASE fix the Pay Up button! I find that I often skip the pay up because, I get bored of tapping my screen +6300 times. One coin per level is ridiculous for higher level players! Maybe you could change the value to 100 coins per every 10 levels?

Pay Up is a Slowdown Cute game. Desperately needs a combo indicator for good sets, and Pay Up could be the SINGLE best thing to move the game forward... if it wasn't 1 coin per level. Biggest fix? Better Pay Up function. Then I'll rate it better.

Simple fun Clean, smooth, and simple. Retro graphics lend well to the simplicity of gameplay. Tons of fun for what it is. A bit of humor here and there as well. The equipment system is surprisingly intricate yet easy to understand: different combinations of armor, weapon, and pet yield different bonuses, and there are hundreds of thousands of unique combinations to try! I highly recommend this as a little time waster.

It'd be five stars, but... The "Pay Up!" button hurts my wrist to keep tapping the button. At a really high level, it makes for a LOT of tapping. If y'all could make a "Pay All!" button instead, itd be greatly appreciated. Otherwise, love the game. Just wish my wrists could get a break from the tapping...

Love it, But Found a Glitch I love this game so much. It's been my time waster while I've been recovering from surgery. But I've come across a really irritating problem. I've been spending time leveling up for the next boss, I made it up to 40 or 45 points. But when I went to level up, they were not there! 0 points! I did not do any leveling up at all! This is really bad. Please fix this. I'd like to not waste time not being able to level up.

Great except payup button Simple yet full of options (equipment combo skills), straightforward yet addictive. One big issue though : the payup button. Should give coins by batches of 100, then 10, then 1. Too long otherwise the way it is now...

Awesome Amazing.. Addictive and mindless, seemingly endless and not pay to win. Surprisingly no in app purchases, just very small adds youll never notice. Think how well this would have sold on GBA. Probably my most played game on android aside from this war of mine. Minute dungeon is a lot of fun too, check it out. 11/10

Do not download this game! This game is crack in video game form! Everything in this game is designed to suck you in for 'one more run'. The RPG mechanics are easy to understand yet have a high level of depth due to the unique combinations of weapons/armor/pets unlocking different skills and bonuses. Plus more content and play options opening up the further you go and a genuine feeling of growth and reward after beating each boss. This game will consume your life. MinuteQuest? I'm 440 minutes in with no sign of quitting yet.

Pay Up button I don't see why people are complaining! You tap and tap all the way through the game, so how does that one feature make the game any different? I think it's a great game, and everyone should stop sulking and nagging.

Please ad free Wonderful game with a deceptive amount of depth. The one complaint I have is some ads will push the touch points a bit higher. This makes leveling up a bit weird. Maybe an extra music track or two for dungeons or bosses... Either way, amazing game, would buy in a heart beat.

Perdy Gud Fun, easy, and surprisingly addictive. Especially once you mess with different weapon, armor, and pet combos. Only note would be to make the king's "pay me" button holdable so I'm not pressing it literally thousands of times.

So many minutes 2000+ minutes in, 3000+ levels, still no sign of stopping. Mass-murdering minutes with this unique game, so simple yet such depth. For the mid-to-higher levels i recommend finding a goldup build and grinding the tunnel rather than bashing the "payout" button 3000 times. 10/10 would recommend if time is something you have too much of.

No Ending... I have played this game for quite a while...I have noticed that its almost impossible to beat the game: After the King boss there is the last one you cant kill, a boss that will kill you in one hit. I would like an ending to this game...

MinuteQuest is a retro-styled, one-finger, time-killing RPG! A 2D field where the only choice is to advance or die! Kill fearsome enemies, crush immense bosses, level up, acquire riches, and collect ridiculous equipment whilst gradually advancing along the world towards your goal! If you’ve got a bit of pesky time to kill, why not try […]

How to use MinuteQuest for PC

Now you can use MinuteQuest for PC on your PC or MAC. 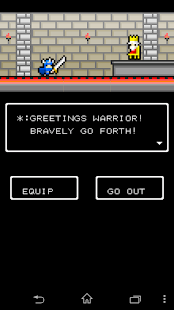 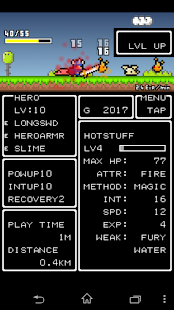 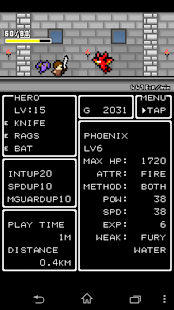 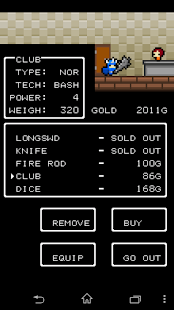 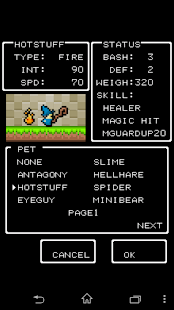