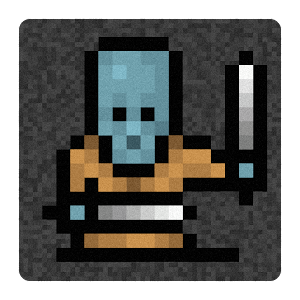 This is the best game No other game or app comes close to Gurk. It is elegant in all its 8-bit glory! I believe less is more when it comes to video games and this game perfectly illustrates why that is true. It is simple yet challenging and creative. I just found "Author" and that pretty much made my whole day. I will destroy you, Author! (And no, I will not stop playing- ever. I expect Gurk IV!)

Great RPG! Each Gurk gets better and better! The new class selection is amazing. Monsters and quests are far better balanced, and with the improved HP/SP regeneration and Salve drop rates, you're free to do either quests or exploring without having to grind xp and gold. Theres also a lot of unique weapons and armor to get, so you don't need to farm gold to afford the expensive items. My only complaint is that there is STILL decent way to sort your inventory.


Bug impedes advancement A bug where the green exis key doesn't show up after you smash the statue completely prevents playing the rest of the game. You Have to start all over. Encountered it the second time and I am giving up. It is also the laggiest app I have ever seen in my life.

Unrelenting Nostalgic Fun Do yourself a favor; purchase and download this game. It is so much fun. It has the correct amount of RPG complexity for a mobile game; which is great for newcomers and veterans of the genre. I have played all three Gurk games and this is by far the best. At the price they are asking this game is a steal. Looking forward to Gurk 4!!

Laggy interface. This is a very fun game, and I was really excited for it. Then I started playing and everything I did lagged horribly. So much so that most of the time is hard to tell what exactly is going on. Please fix it. I really want to play this game to its full extent, but it's really difficult to play with lag.

Love it Love it, love the 2nd one, love the 1st one. Update the UI, or don't, and just make a 4th one. Screw the UI, just gimme more. Just add a buck to the cost on each sequel. People like me will keep giving you money until everyone on the dev team dies of drug overdoses. Keep up the kickass work.

I LOVE GURK! Last night I sat down to play about 10 minutes of this game to fall asleep. That was at 9PM (I needed to get up early). But before I knew it, it was 11:30. This is a great game you can pick up at anytime, right where you left off.

Mixed thoughts Pros - another Gurk . . . oh how I live these games Cons - the interface is slow and laggy. This steals a lot of the fun out of the game. This also needs the ability to save game to a specific location - this is a major issue for phone junkies like me who have a new phone every few months.

S-L-O-W Super disappointed with Gurk 3. It's sooo slow. Too slow to play in my opinion and I even selected 'fast combat'. If I was playing fast combat, I would hate to see what regular combat is like. I enjoyed Gurk 2, but this one isn't working for me and I'm using a high end phone.

A little laggy Sometimes moving can get laggy and no it's not my phone. Also the item equiping interface gets annoying since its not exactly... smooth. Other than that a great game, played them all and it can seem similar at first but it starts to really show its new stuff as you get into it.

Like it but terrible customer service Cant find a way to copy my save file from my old Android device to my new one. Will rate 5 stars if someone resolves my issue.

Gurk series are still kickin' Okay, now it's third game and this is amazing. Almost every issues and frustrations about Gurk I and II has been fixed. Simply put, it keeps getting better 'n better. I just love this game and I'm having trouble to turn it off. There are some frustrations still, but who cares. This is must play game if you like old school RPG.

Still one of my android favorites As the title, Gurk, Gurk 2, and 3 have been awesome, all solid retro rpg games and I can't wait for 4! If I ever had a complaint, a volume slider and a sort inventory would go far, but just little nitpicks

Too much wasted space On bigger screens like my 5.5 inch buttons and play area is waaaaay too small, buttons are tiny and text is almost unreadable. The previous versions were much better from this pow.. A pity for such an otherwise great game!

Bugged Every now and then its icon on the home screen changes to the android logo. Error reports say its classNotFound exception. Why does this happen?? Reinstalled, worked fine but later it happened again.

Great quest down memory lane! This harkens back to early Ultima games. Love it! Some devices play super laggy (Note 4) but others play just fine (Nexus 9)

Broken! Game still broken!!! Even after Oct 2014 update. I loved Gurk II and would love to give this game five stars, but the game's buttons often disappear making it unplayable. So sad. Don't buy it!

amazing better than the first 2 and still gives the good authentic nostalgia. could be 5 stars if they included cloud save and fixed the clunky interface and menu system. otherwise great.

Bad Game keeps going back to title screen during gameplay and freezes there. I want a refund. One touch evolve.

Great game with just a few annoyances Best rpg I've played on mobile, low price with no in app purchases. 8 hours in I feel like I'm just starting the game, solid rpg feel. Unfortunately when you clear a dungeon boss you have to get all the way back through the dungeon and wilderness back to town to heal, encountering monsters which usually kills you. Needs a teleport system. Also needs a way to revive downed characters after fights. Aside from that it's the best 2 dollars I've spent for my phone.

Slow Please fix the slowness and the lag. I will give 5 stars only after those two things are fixed

Size Issue While running the previous games, the entire top half of my screen was the game. Now, the screen is about half the size of Gurk II, and it is difficult to see the game. Please fix this ASAP.

Wth! My buttons dont show up on the screen! They're there, but I cant see them. I refunded but will get it again if you can fix it.

Still awesome! Those times when you run into 10 drogann.

I love it..but not the lag I love this game and this series which is why I am so unhappy when it lags on either my S4 or my Nexus 6. I would be really happy if the devs can fix the lag.

Lag The first two gurk games were great. This game lags so bad it's on the line of unplayable.

Great fun This game is so much fun. My only gripe is the semi-frequent lag that I've seen across a couple of flagship phones.

Great addition, one question A huge improvement on the first two. my only question is where to go after you get the badge of honor? I can't figure it out

Fantastic The traits of each individual character give replay value, which was the only thing lacking before. The Westernlands, giving you a whole other map to explore was exciting as well. I'd gladly play $3 for a Gurk 4!

One and two were great. This one is laggy. How can an 8bit game be laggy?

Great but... I love this game, it ran perfect on a previous version but since a recent update its laggy :/ already purchased and would love a fix :)

Great story The story is great, but man, that laggy interface. It makes doing anything frustrating.

Loved it Played all three Gurk games now and loved them all. Genuinely a bit sad now I've completed this one. Refreshing to have a game you don't have in app purchases for to complete

Perfect This is the offline RPG you want. It should be a 1million download app by now. Tell your friends about this app. It is a simple yet well done game. Nostalgic but has its own style. Perfect game to enjoy and you'll find yourself having a hard time putting it down.

Absolutely awesome. Love the new interface all that crap. But am I the only one who remembers Gurk 1 being about 256kB? I'm amazed at how much its grown.

Where's the sequence? I need it! The game's simple, still perfect. I've been playin it since the first one and will buy all the sequences. A MUST have!

Gurk is BACK! Much more music, more quests and a sizable world make this an excellent purchase for any Gurk fan. And still no permissions! Oh yes indeed this is where it's at :-D

The long-awaited sequel to the also-long-awaited sequel to the beloved 8-bit RPG has finally arrived! The third installment in the series is a bigger adventure than ever before, with loads of new monsters and items, many with unique effects and abilities. Character classes are better-differentiated and combat tactics are more subtle and interesting without sacrificing […]

How to use Gurk III, the 8-bit RPG for PC

Now you can use Gurk III, the 8-bit RPG for PC on your PC or MAC. 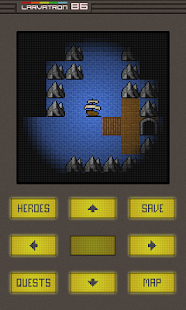 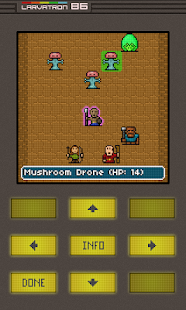 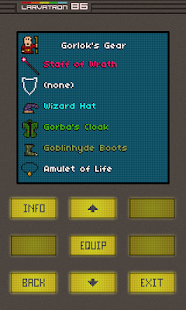 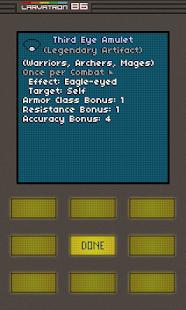 We don't provide APK download for Gurk III, the 8-bit RPG for PC but, you can download from Google Play