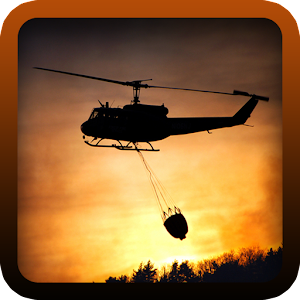 Good job. Well done dev. Finally a game that shows fire and the way it behaves. In a basic way but still nonetheless. Too many games don't show fire behave as it naturally does so good job. Really hope you get inferno out and give us some more maps in the meantime. I haven't tried sandbox yet but I'm not a big multiplayer fan of games

Fun game Great strategy game. Gives you a different burn each time and a challenge to even the most experienced strategy gamers. More levels would make the game perfect along with some Colorado areas would be a pleasant addition. Works well on galaxy s 3 and 2 but lags a little on galaxy tab 3 7.0.

Great App to Pretend You're Overhead! Now you don't have to be just a mindless groundpounder. Are you tired of watching overhead drive by while you work your @$$ off? NOW you too can be oberhead.

Pretty fun. Professional and a little different than most other strategy games. No stupid gems either.

Great game. Sometimes it runs a little slow, but it gets this wildland fire fighter through the winter!!!

Great despite frustrations Just what I was looking for! Closest I've found to Creeper World on Android. Really like the game but controls are poorly optimised; esp at screen edge & for unit selection. I do like the purity (incl no IAP) of gameplay, but wonder if upgrades or reinforcements might have added some depth. Stutters a lot & 3 low frame rate too. Room for improvement, but enjoyable all the same.

Very entertaining This game is fun as a quick go to but can really be quite difficult at times. Enjoyable all around

Awesome game!! Love this game! Got a suggestion, before you start the level, how about a way to move the screen around to see the entire map by scrolling around? Pinch to zoom would be nice also, but by no means is a deal-breaker. Back to fighting fires!

No comments It's just so great I have nothing bad to say. I am also speachless

Awesome game!!! Very very great game. More difficult than I thought it would be which makes it a great challenge and alot of fun. This game concept is great and would be also very cool on a different platform even on game consoles would be awesome!!!

Great This is a very complicated game for me. It is very strategic and interesting. If you make another game like this you should perhaps attempt an action version like a military commander. For instance, it may be your mission to patrol an area around a small base and have to repel enemy's and then have different types of soldiers such as a sniper and tanks. I have seen what you guys can do with a forest fire simulator and I think it may appeal to a larger audience with more action.

Awesome game! Game is addictive and always fun. Top game ive ever played on a mobile device. Used to play on iPhone now playing on Nexus 5 and I have no problems at all. Game is smooth and looking forward to playing the new maps and the "secret project " !

Needs a large screen Great game but a little touchy on my droid razr maxx. Could also do better on a large screen, as accuracy is helpful. I updated my review because it is very buggy. Fun and unique game, though.

Whole HAC crew plays it,super fun Great game, most the issues I have with the game sound like they'll be fixed with the new framework(pinch to zoom, etc.) One suggestion would be for the game to determine the width and size of the screen and adjust itself accordingly so when the entire map could fit on the screen when zoomed out and eliminate the need for scrolling around across the map which can get a little bogged down on a galaxy s5. Still a great game though, lots of hac crews in our northern Alberta district play it

Incredible Never before have I played an rts on a phone and been 100% satisfied, very much looking forward to what ever you all create in the future. Well done!

mike Great game but lacking resources. It would be grest to see bulldozers and have ability to call out resources to help on some of the fires

U can spend hours playing U against fire. Take care of wind direction and be fast . Great game

Great RTS Great game lots of fun and always different outcomes, I'd want more levels and it look like they are being created already this app is worth the money

Great game Very fun to play, the fires never burn the same and always present a different set of challenges no matter how many times you play each level, this game is always fun.

To difficult too early. Game is so stupidly difficult within the first 3 levels It's not even fun. I download games for enjoyment. And it's impossible to enjoy this game.

Incredibly Challenging Little Game A little game that can keep you entertained for hours however requires some real tactical grit on the higher levels.

Interesting concept, solid game Very fun game and it has a good amount of levels. I have three suggestions to improve the interface: 1. make the back button work correctly, please; 2. I would like the ability to look around the map before the game starts so I don't have to restart once I figure out what is going on; 3. Pinch to zoom would be really helpful sometimes. That is all, like I said I'm really enjoying it. I'm currently experiencing a little bit of lag on the G Pad 8.3 but I suspect it is more due to LG's skin than your game.

What now? Alas I ran through the levels too quick. Sandbox time!

Pretty AWESOME I really like this game........takes a bit of getting used to........maybe the zoom mode needs adjusting a bit when doing airplane drops it gets a little difficult when the zoom window is so large

Very good game Really enjoy playing this, could have a couple improvements to make it a 5. Like being able to scroll around the map or see the whole map before you hit play. Also the ability to zoom in and out during gameplay would be really good. Over all a really good game!

Lag fixed! Thank you so much for fixing the lag! I really enjoy this game! I'm happily to see new maps added! I really can't wait for the multiplayer version to come out!

Difference in water and retardant It would be nice to be able to make retardant lines with the airplane or Helicopters. Maybe put in some dozers too.

Great game Very addictive but I have not received the update! need new missions

Great game I don't usually pay for games but I took a chance on this one and am glad I did.

Great game I just started playing. It's easy to pick up but it's challenging keep up the boy work guys

Great Great game. As a firefighter I have been to brush fires and I can say this game shows how hard they are to fight and contain.

Fire away This game is very challenging but you will just want to keep paying.

Holy smokes! This is way too good. Best real time strategy game ever.

Good original game! This game is fun and addictive. I would like to see the following updates in updates though: 1) A controlled burn unit, essential to fire fighting. 2) Improvements for controlling units. I've noticed when two units are overlapping it's almost impossible to select the one you want. 3) "Smarter" units. If the path you have selected for your units closely matches that of a road or narrow path of grassland, then they should follow it automatically to increase speed.

Awsome I'm a wildland firefighter with the forest service and I love this game. Great entertainment while waiting for a fire or bored in the bunk house. Any plans to update or make a new wildland fire game?

How to use FireJumpers – Wildfire RTS for PC

Now you can use FireJumpers – Wildfire RTS for PC on your PC or MAC. 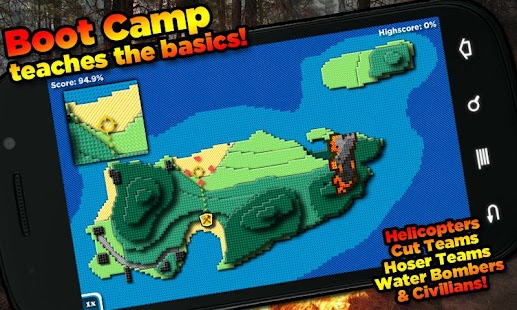 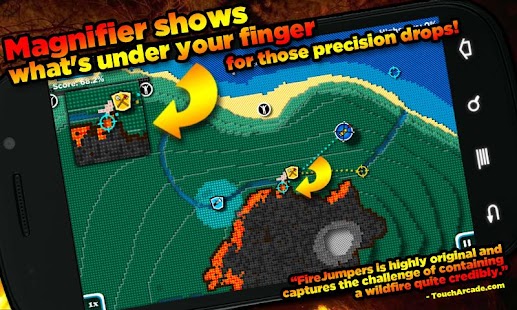 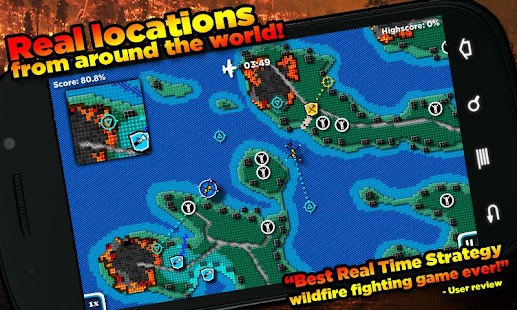 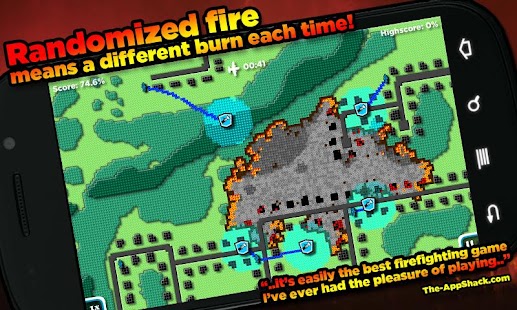 We don't provide APK download for FireJumpers – Wildfire RTS for PC but, you can download from Google Play