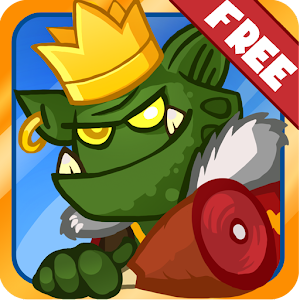 Good game, annoying bug on my GS4 Lots of fun. Think I'm going to get the full version... One bug - on my GS4: when the description of the first boss showed up I could not dismiss it. I had to finish the level with the large explanatory window blocking the dungeon floor. Luckily taps managedbto register and I was able to finish the level. If the level wasn't already mostly complete I would have been stuck.

Great Would buy if there were an upgrade feature in-game. That's my only gripe, the paid version being installed as a seperate app and thus not carrying over character progress from the free version. Update this and you have yourself a sale :)


Well made, but ultimately too simple The graphics are polished, the menu design is fantastic, but it's ultimately lacking any sort of depth. Eager to see what this developer comes up with in the future though!

Pixel dungeon is better (this cannot be called roguelike) -2 stars per easiness This one lacks of a very crucial characteristic of the genre: CHALLENGE. I have played for 1 day and I have almost upgraded my heroes to the max. It is simple: use paladin (don't bother with vampire), when you get 20 str you can give those undead +160 dmg (double max dmg & paladin's ability & double strike) , buy 2 swords in every shop to get to 20 str as fast as you can (don't wanna find an armor with 200 hp and 5 dmg with low str), and that's it. And don't minimize the game or you will loss your progress

Hmm Not too excited about the black bars on top and bottom of my screen. Wish it fit the screen fully on my Moto G 2 720p screen.

Slow moving but good It moves way to show compared to desktop dungeons. Fun but too long to get to tough levels.

Great potential ruined by problems... (minus 1 star per "deception") What could have been a really great time-killer became a pain when I realized how fast it drained my battery! Almost three times faster than any games I played on my mobile (No kidding! It drains battery faster than Plague Inc. or Super Monsters Ate My Condos!!!) And, I must add that the game is fun at first, but it doesn't request enough strategy to keep challenging or interresting. It lacks diversity... feels really repetitive after a while... Finally, there isn't much you can do with leveling up system... There is only 4 things to level up, 4 times each... Would be willing to buy full version only if the game gets updated and/or fixed... I want something more than click on a tile, click on another one, than click on this one..........

Not really a game There's not much to do in this game. Just simple going through levels and killing everything. Almost no decisions. Can't do much with items. Can't go back. Can't stay in place and rest. How far you go before you die depends almost solely on luck.

Enjoyable game, quite addictive. The paid for version lets you unlock other characters with different abilities that allow different strategy.

Really good and addictive Really good overall game, a bit boring after a time as always the same

good enough to have atry clean UI. but I was expecting it would be a ARPG. but still a good small game for your piece of time.

Nice Played this on the PC. Gonna Love this on my phone.

Excelent game with some bugs that might be game breaking

Awesome I love this game and I really enjoy playing it

Meh. This game was boring... I heard a few people raving how good this game and how casual it was. You tap the screen until you win basically.

Mediocre game The game is fun for about 5 minutes, and it looks great, but the mechanics are severely lacking. As far as I can tell, there is minimal strategy involved, it's just a matter of tapping the screen.

Awesome! So awesome that the 20 minutes I wanted to play turned into 80 minutes. If it wasn't 5am and I didn't sleep yet, I would play some more. If I had a credit card I'd buy the premium version now!

Almost great. This is an INCREDIBLY fun game...for a few hours. Once you've unlocked everything for your prefered clsss, (only 4 powers with 4 levels each) there's simply no drive to keep playing. As it stands, this is a great idea and a fun game that just wasn't pushed far enough. Almost great, but ultimately disappointing. Thankfully the free version prevents buyer's remorse.

Great concept that is ALMOST great. First off, great job on the game. The art is great, and the concept is fantastic and has a TON of potential. It's ALMOST at five star level. The only issue is, it is addictingly fun, for about four hours. After that it becomes.....repetitive. With no story to drive it, there needs to be some sort of change during play to keep your interest. The random "quests" and the "arenas" that show up don't happen often enough since they are the only real variable in the game. 20 levels in and the dungeon looks exactly the same. Some sort of scenery change would be a great addition and the occasional floor that is just a "boss" battle of sorts would make all the difference in the world. As to scenery change, you may want to consider a 'lead up' concept. By that I mean, work your way through a woodland scenario to the castle then to the dungeon. Something to make the player feel as if they are going somewhere and not just repeating the same thing over and over. Truth is, for $1, you can't beat it, but I haven't bought the paid version yet solely because after four hours of play, I'm not sure there's anything more I can get out of it. Will definitely keep an eye on the changes 4 the future!

Can't say I hate it, and I hate a lot of games. This game is great. It puzzly..kinda. its dungeon crawler-ish. Its rpg, but not really. It is lacking any kinda story; which, if was there, would make this game better than any other game of this type. It amazing without being as good as it could be.

Very fun game Strongly request auto-save every floor, I reached lv16 to open new character, but it freezes and jump outta game. The progress has been lost. :(

Has potential It's an awesome minesweeper styled game, but that's about it. It needs more going for it then that. Also needs a save feature in case the current game session crashes.

How to use Dungelot Lite for PC

Now you can use Dungelot Lite for PC on your PC or MAC. 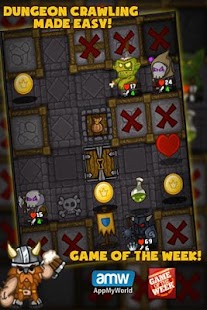 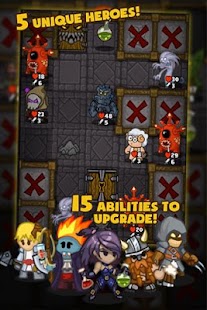 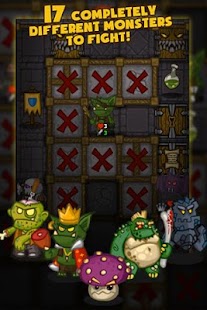 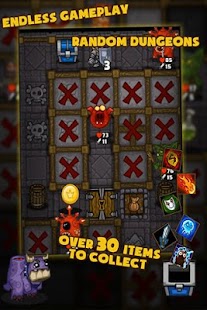 We don't provide APK download for Dungelot Lite for PC but, you can download from Google Play