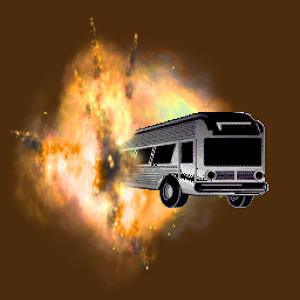 Oh The Irony Here's a bit of history for people not familiar with this game. It was a part of an unreleased game by magic comedian geniuses Penn and Teller. All the games on there were jokes like this. They were sort of like anti-games. Why this one picked up the most popularity.... not sure. Anyways, the game is probably one of the most realistic games of all time (besides the fact that there isn't any people on the bus). Also, when buying this game, the money is donated to charity! For kids!

Awesome game... Almost makes me fall asleep just thinking about it Ok, so someone needs to build a tie in to the LRR bus and make it a mmorpg. Imagine if we could all get points just for RIDING a bus across the desert! And being able to see those bug splats in rt.:-D


Excuse Me I feel my previous comment was a little too sarcastic for the haters. This game is a JOKE. It is supposed to be boring! The bus is supposed to veer horribly to the right! If you want your money back, take that up with the kid whose last days it just made that bit better.

Ignore the 1 Star Reviews ^^^^^^^^^^^^^^^^^^^ This is a 90% recreation of the Sega CD SMASH HIT Desert Bus. I say 90% 'cause you can't drive of the left anymore. The $0.99 goes to Child's Play so we're all good. And if you bought this game and though you were going to get something other than the ability to drive in a strait line for 8 hours you really did miss the point. But this would be perfect for a Truck Driver's Holiday.

I found meaning in life Few games can make you see the light. This game happens to be that game. At mile 26 I didn't know if I could keep going yet at mile 36, there was a calm that befell me. Thanks for this game and the inner peace it has brought!

An amazing driving experience I don't know of another driving game that is more realistic than Desert Bus. This is a true desert bus driving sim. p.s. those that gave this game less than 5 stars must hate children in need. Stay in school, do your homework.

Greatest desert bus sim ever created! Holy crap...awesome! I've driven through the desert and it's invigorating! I've been waiting for a chance to have this same experience without having to spend money on gas. THIS IS IT!!! God bless the man who made this. This is for hardcore gamers and casual gamers alike. Buy this now!!! Now I'd like my refund. P.s. please release this on xbox.

Bus goes off road This game is great! I love everything about it, except that even though the picture is horizontal, I have to hold it verticaly or else the bus just goes off the road. If you fix this, I will rate this five stars. Otherwise, a very good game!

Charity There's no way I'll seriously play this game, but it's for a good cause. You one star raters are jerks. This is not a scam, it's a donation. P&T are realistic comical geniuses and good hearted people. Wish there was a larger donation option, I'll check for a website.

Vegas baby, Vegas Hardcore baby, that's what this game is. One bus, one driver, one long, deadly road to Vegas. No saves, no pauses, just balls out, non-stop action driving. It's like Fury Road in old school game form, without all the hot chicks and the "let's get out of the car" crap. Whether you're a Real American or just love Michael Bay, you deserve this game.

Like a punch in the brain Step into the shoes of Jocko, the legendary bus driver, whilst on the journey of a lifetime. Will you be able to find the answers to the mind boggling questions of; when will the air freshener stop spinning, why is there no gas but the bus just keeps going, and why do my eyes feel like they are going to melt out of my head when staring at the action packed scenery.

All kinds of amazing I feel thrilled just to own this game. If you ever get bored and need a sure-fire way to pass several hours of your time, this is definitely the game for you! It's fun and clever, as well as having a surprisingly psychological angle to challenge the player. Five stars.

Best inspiration to go to college ever! Do you watch Dirty Jobs and think, "Hey, that doesn't look too bad." Well, here's your wake-up call. Unless you're raising money for the children

Besy.Game.Ever Desert Bus is the the best game there is! It is fun and immersive and a real time waster! (Btw all who are whining and want their money back, this game is blatantly a joke and all money goes to a charity for children.)

Bussing Awesome An excellent reccreation of the original as well as a fun time waster. Might have encountered a little bug where the bus randomly drives to the right crash side, but I can't complain since this goes to an amazing charity!

So real! It's just like driving a bus in a desert! No excitement, boring landscape. It's for a great cause - Child's Play Charity, so give your dollar.

I laughed so hard at a review I had to check it out. I couldn't believe it. I laughed again especially at the logo - flames coming outta the back of the bus. That deserves a dollar to go to a good cause.

It's for the kids. And its good to see first hand what lrr is playing. Sadly I didn't own a sega cd as a kid. More need to get this app

Does what it says on the tin This seems to be a faithful recreation of Desert Bus, one of the worst, most realistic games ever made. Long press on the screen to accelerate and tilt the device to turn. And true to their word, the developers donated the proceeds to Child's Play Charity via Desert Bus For Hope.

Wow! No matter how far out in the middle of the desert I go, the tow truck will always come get me! Can't wait for the other verisimulators to be released!

Driving on the Wall... On the Motorola XOOM, the sensing axis for steering is 90 degrees off from the display axis. You have to told it so that the bus door is at the bottom of the screen. But that's okay, it actually makes the game slightly interesting for a few minutes, which is quite an achievement! For Teh Chilrens!

Yay For The Children! Truly what it means to play life. Small bug though after 5+ min of play it will glitch out and blur everything

Better than QWOP! I tell you, going to the store has never been so easy now that I have Desert Bus to distract me. #TeamAshton

Total Immersion Completely absorbing. Advanced graphics & physics made it seem like I was feeling every bump in the road. Sensitive players might feel motion sickness

Stupidest App ever. Pointless. Keep your dollar!! The number one most boaring, senceless, idiotic game i have played in my life. This is coming from a big gamer.

Best bus simulator I've played. Possibly the most engrossing game I've ever spent money on. After the 40th mile you lose all self. You become the Desert Bus.

Bang some Psytrance on. The road markings keep time with the beat Pound the horn to the rhythm and drive. My o.c.d is back. Hooraahh. Saves please....

Its for a great cause Gives a brief insight into the pain that ReadyRun endures during the DesertBus for Hope because this is excruciating. Also crashed after 3 mi Droid 2

This is the only game I have on my phone I don't play games, but if I did, this would be a productivity app. It's so good, I would install it twice.

The open road, and sweat on my brow ... I've never played a simulator this steeped in reality. It simply has no equal.

Best bus simulator Emulates the true tediousness, boredom, irritation and solitude of driving a bus through the desert at 45mph with a slight swerving to the right.

Amazing! Best desert bus sim ever! If you love the desert.. And long long bus rides through said desert.. Then baby this games for you. As real as any game ever has been.. Buy it.. Drive the bus.. Become one with the desert. Help some kids

This is the best bus simulatltor available on android. It has constant excitement and I'm not doing to spoil the surprise at hour 6.

Not like original In this version you can't cheat by driving on the left. That's the, ain attraction to the hame. Plz fix it.

The perfect sim! Ah to be young like some of the reviewers here, it may not look like your Wii 360 but me & the lads used to have desert bus LAN parties all the time!

Best bus sim Simple yet great game, great time waster. Simple amazing gameplay mechanic. Though simple will still challenge the most experienced of gamers. The sense of accomplishment after you have earned your first point is still there after your 5th. Everyone needs this game 10/10

I really like simulators but.. ...that's boring... as it is ment to be. And that dollar goes for good thing.

If there's a better way to spend 8 hours, or even a lifetime - humanity isn't close to inventing it yet. Simply perfect gaming.

5/5 Would bus again I live in Phoenix and I can verify from visits to Tuscon that monochrome brown flat dirt is the only thing around for miles.This game is at least marginally more exciting than the state of Arizona, generally speaking. Save yourself the trip! Buy Desert Bus today.

One man. One Bus. Three hundred and sixty miles of simulated post-apocalyptic desert, and the endless struggle between man and nature personified.Desert Bus. The most realistic verisimilitude reality game ever created by man or beast or man-beast is here at last. So real in action, you’ll think you were really the driver of a bus […]

How to use Desert Bus for PC

Now you can use Desert Bus for PC on your PC or MAC. 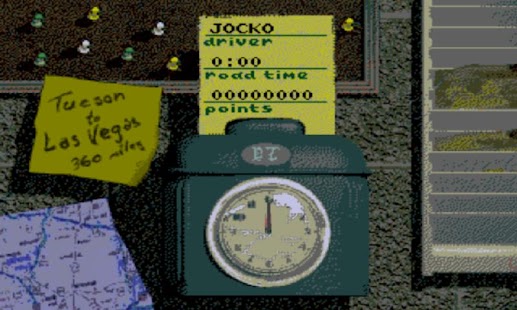 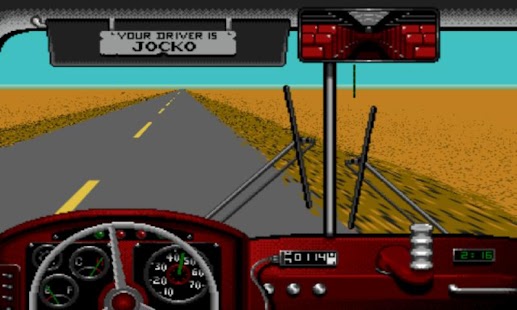 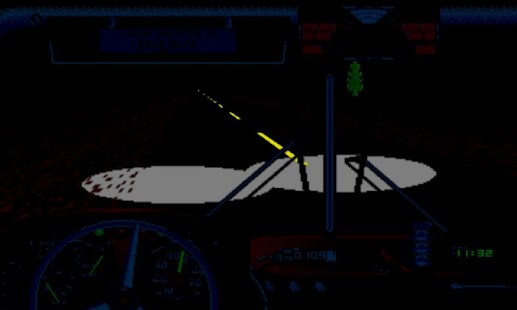 We don't provide APK download for Desert Bus for PC but, you can download from Google Play