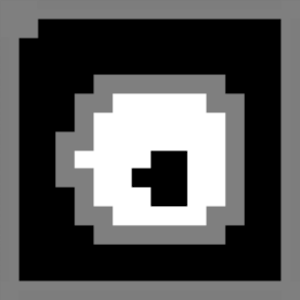 Solid I don't usually rate games but I am going out of my way to tell yall that this game is stellar. Everything you want from a free phone game. Simple controls that can be used in surprisingly complex ways, clean and colorful visuals, and super addicting gameplay. You get one ad every five deaths, and they are dealt with in such a humorous self-aware way they almost aren't annoying

Br..ill..i..ant... but lag The game and concept are brilliant and takes Super Meat Boy type concept and makes it playable with one action... but, it has random lag issues on my S4, making it frustrating. hopefully this is isolated to just me, but a rhythm action game like this is near impossible to play with random lag spikes. If this wasnt an issue, 5 stars and i'd gladly pay for more content


Good, has problems Game crashes way too often and also; somehow, the game cannot load ads on my phone. Instead of an ad, it displays a message such as "money" for 5 seconds and then reloads the level.

Love and hate it Love the game, think its great. But it can be so frustrating... But I also love that about it

Ads and lag ruin it It's a delightfully hard platformer, but the frustration overwhelms you when you have to wait for the ad and I just ended up killing the app in anger. Lag is also an issue as quick reactions are key here.

Lag and music Really good game, highly recommended, love the business model of being punished with an ad every few deaths, but the music is unbearable and there are random lag spikes which can ruin this type of game. My phone can handle a PlayStation emulator, so I'm going to blame it on poor optimization. Cheers to the creators, they've made a game worth playing and paying for on mobile, but not without its faults, however minor they are. It's closer to a five star than four but Google won't let me use fractions

Great at first I thought It was fun at first. Then the lag started being noticeable. It wasn't bad at first but the later difficult levels took way longer than it should have from unnecessary deaths due to random lag spikes, thus the level was restarted. Also, i love difficult games that are fair, but there are so much unfair moments that makes every single level later impossible until you memorize it. Overall not enjoyable. Needs optimization and balance.

Good game, badly executed Though I love the concept I hardly found myself enjoying the game due to unnecessary frustrating elements. One of them is lag which often means death and a worse experience in general. The other one however were the adds which are even more often when dying, frustrating additionally when least needed. Especially for me as it wouldn't load them so I have to wait each time that happens. I would really recommend to add some sort of premium, so you could alternatively buy the game to play without ads.

Irritating little bits Bitless is delusional. Once your jumping over platforms and monstering your way through narrow gaps, one slight error and your repeating the same level. Many times, you'll find yourself blaming the game for your errors... This game doesn't render properly after many attempts on the same level.. However, after you've gotten the hang of the controls and gotten over the "bitless" graphics.. This game is semi-entertaining.. The difficulty transcends quickly, so you'll find this entertainment short lived.

Unresponsive and slow The game often took time after being touched to move. In addition, whenever you die you have a minimum of two taps (which take a frustratingly long amount of time do to poor coding) to get to play again.

Serious Potential SMB-like gameplay, though the controls, lag, and increasingly frequent fatal crashes lead me to feel less like deaths were my fault and more like the game still needs a bit of tweaking. Fun time killer with some great potential, coming from someone who dumped a great many hours into SMB and IWBTG. Edit: back after the game asked me to rate it... immediately after crashing again. Lost a star. GS5 running most recent update, no root.

Looks like an awesome game But lag started making it almost impossible to play around the level introducing wall jumps which shouldn't be happening with a simple platformer. I'm running an octa-core snapdragon 810 I believe so I'm pretty certain it's not a hardware issue

:D This game reminds me of the Good old NES days where you had to actually have skill in order to get to the next level and have bragging rights on the bus or at school on how you beat a level or game. Then you become the pro of the game and everyone comes to you for advice and for strategies in order to beat the game :) great game.

Great.. But LAG Really good game, but the lag makes it nearly impossible. Even on my HTC one, with all cores enabled.. It's still a lagfest. Dev seriously needs to make an optimization pass.

A challenge with a sense of humor The ads are a bit annoying, but mostly worth it. Does get choppy after some time playing, but my processor isn't the best.

Humor Game was great and the sense of humor was great too. And the music. Don't even get me started.... excellent

30s video advert Well I got to the 4th level or so and bam 30 second video advert. Uninstall. Don't care how good it is. Want money, charge me. Not even long enough to see if the game would be fun or not.

Hangs a lot, ads Hangs and glitches a lot on my moto x, where pretty much no other app lags at all. Also, ads are prohibitively frequent and I'm going to uninstall out of frustration. I'd suggest you reduce their frequency to around once in 15 deaths. Good game otherwise.

Great, but laggy This is a very clever and potentially addictive game, but it's held back by the frequent video ads and lag, even on my Snapdragon 801 phone. Turning on GPU profiling shows massive spikes in dropped frames.

Extreme ads From my experience, about every 5-10 deaths, there will be an ad. The problem is, you die a lot. You'll end up watching more ads, then playing.

Judging by the reviews, I'm not the only one experiencing a lot of lag with this game. Frequently slow and unresponsive. Have to disable lockscreen while playing because my phone would stop the game and go to lockscreen every two tries (never had this problem before). Definitely an awesome concept, though; just needs better implementation.

STOP WITH THE ADS The game is fun, but I will NOT watch a 30 second ad for gameplay that lasts 5!

Best. Game. Ever I love this game so much, have beaten every level several times, and have cherished this game, but please make more levels. To be honest, the final world wasn't even too difficult (only ~110 deaths to beat all 5), and some levels in the Blue World are even harder. If you have the time, please make more levels. I don't care if they cost money, I'll still buy em

I love this game, but there's a bit of a lag which causes unfair deaths. The last even happens when I'm not doing anything else with my phone and it can get really irritating

Great game but..... 2 mins into the game, it freezes. And had to restart it every time. please fix it!!!

Pls Please make a paid version on which you can play without messages after death an I'll buy the shit out of it :(

How to skip ads When the ad starts hit the home key and start the game over you will start where you left off and skip the ad.

Great game. Terrible lag. The game is very fun! Love the retro music to go along with. The main problem is the lag. Especially when timing is crucial in this game. Would rate 5 for smoother gameplay.

Love the combination of the rétro-video-gamey Beethoven music, the pixel art, and the challenge this game gives.

Awesome game I have a nexus 7 which is pretty old but it runs this game fine. I am not getting any lag spikes like some people say.

One of those apps. It's one of those apps that you hate for a while yet continue to play until you've wasted half of your free time playing with it. And those modivational words to insure you've died are just delightful. Really.

Special. The only game I'd love ever take the time to rate.

It's okay, but... It crashes. A lot. Especially with the ads, and it's come to the point where I have to turn off my WiFi to play. I can't even get past the first boss stage without it crashing EVERY TIME I DIE. Please fix this, it's unplayable for me. If the crashes weren't there, I would've given 5 stars.

Reminds me of my gbsp days And this is awesome troll app :p love this game♡ thanks.

Great Game This game is a very fun platformer that takes some skill in the later stages. Although it can lag every once in a while it isn't generally in a make or break situation. One death is nothing compared to the amount you get on the levels.

Amazing I just wish there was a paid version with no ads!

The Bitless are after you. Run, jump, and scale walls on your way through 50 levels of platforming action! “Bitless is a precision platformer with a streak of sadism, but it’s all the better for it.” -Touch Arcade 4.5/5 * 50 intense levels spanning 4 worlds and 3 bosses * Retro graphics and sound * […]

How to use Bitless for PC

Now you can use Bitless for PC on your PC or MAC. 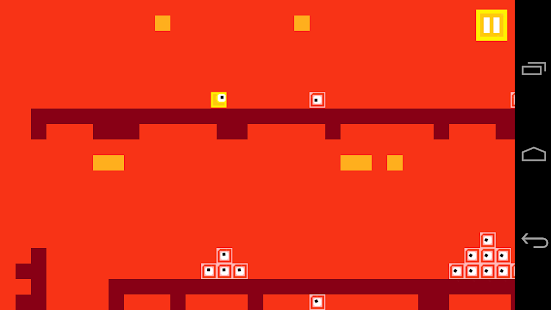 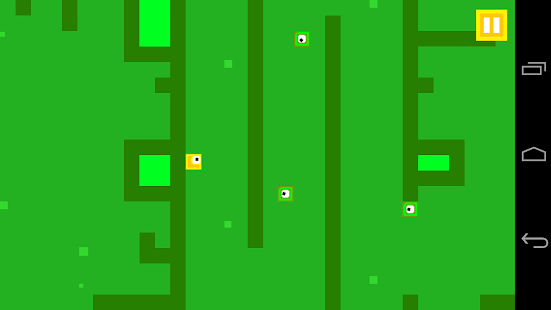 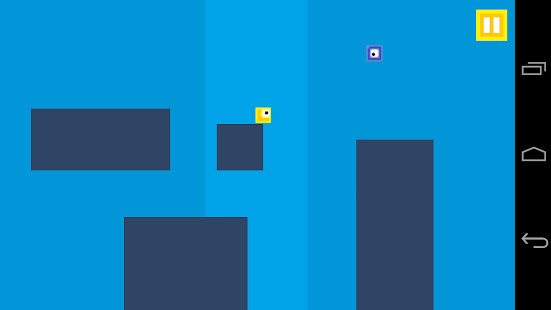 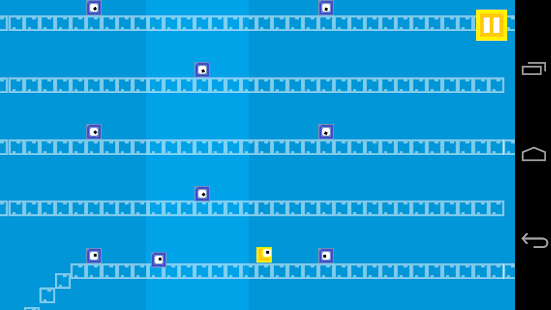 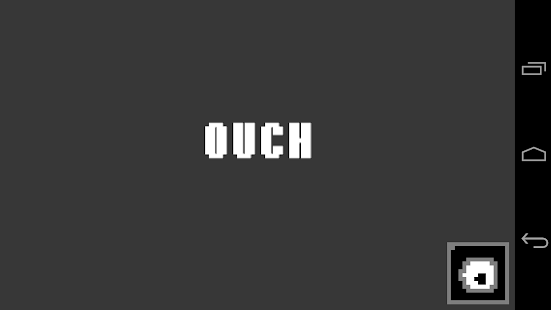 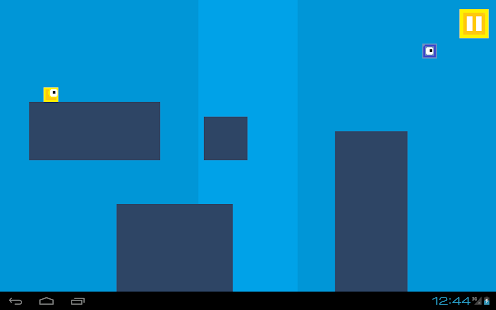 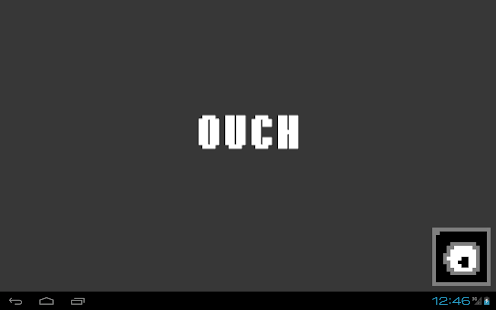 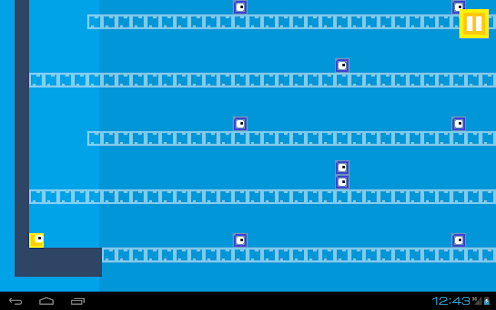 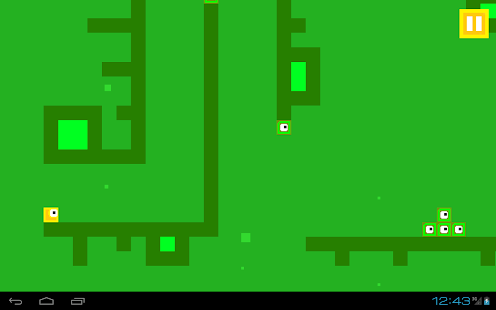 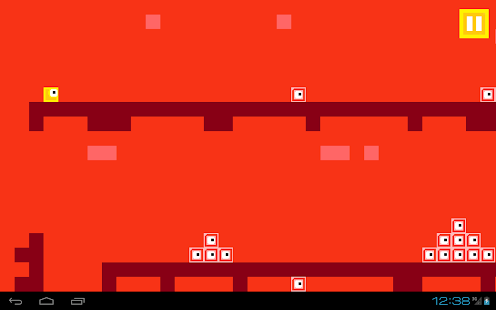 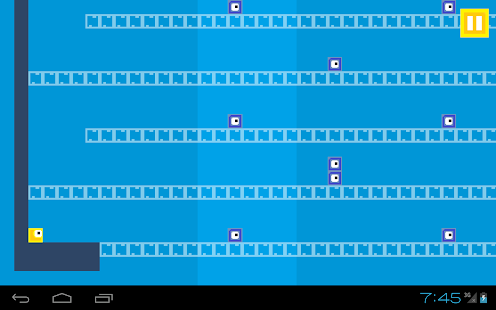 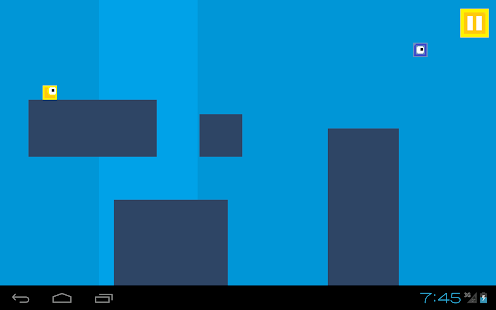 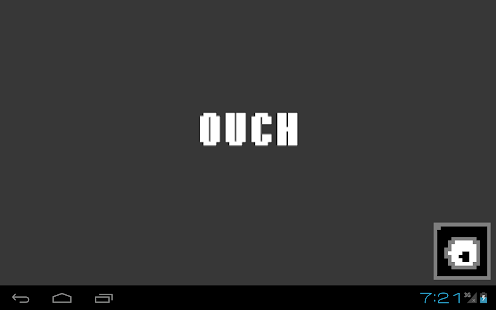 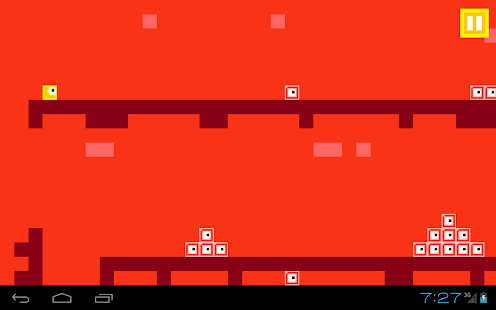 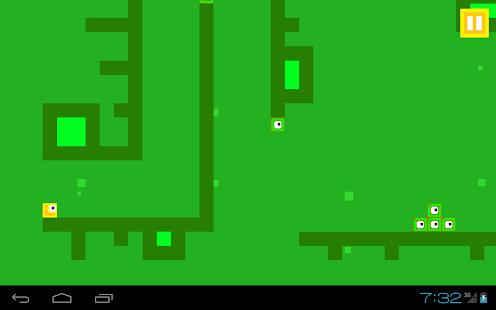